In late May of 2020, the owner of Jive Mini Pods purchased a press release and it eventually made its way to APNews.com. The Jive Mini Pods sound great. In fact, you may suspect that they’re going to rival Apple’s AirPods. So, why shouldn’t you pay nearly 40 bucks for a pair? Before jumping the gun, you should take the time to learn more about the Jive Mini Pods and the person behind the product. 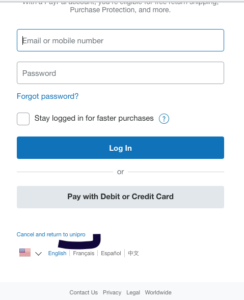 We want to find out as much as possible about the owners of JiveMiniPods.click. So, we’re going to pretend to buy a pair of pods from the company via PayPal. When doing so, we’re taken to a checkout page for a PayPal account using the name unipro. Unfortunately, we can tell that we’re already dealing with a scam. Unipro is the same name that was used for a website selling the Blaux Portable AC.

This tells us everything we need to know. Furthermore, JiveMiniPods.click claims to have 10,000+ satisfied customers. How can that be? On Facebook, a page for Jive Mini Pods has 148 likes and 239 follows. It says that the page manager is located in Mexico and the page was created on April 12, 2020.

We sincerely doubt that this site has sold 10,000+ mini pods in just a few months. By looking at the Facebook comments, we can quickly see that most customers were not satisfied with the product. Many say the right pod doesn’t work and charging doesn’t last long. Another says, “Don’t waste your money. Junk.”

Suffice to say, JiveMiniPods.click should be avoided. 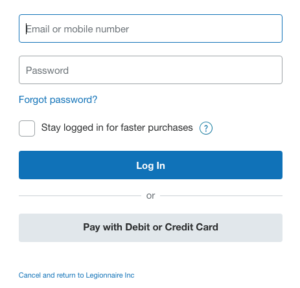 Next, we’ll research InvisiBeatz. These wireless ear buds are a bit more expensive than the Jive Mini Pods. When pretending to buy the product through PayPal, we find out that the site owner is using a PayPal account with the name Legionnaire Inc attached to it. The site owner says they’re located in Buffalo, NY but they’re only using a PO Box.

On Facebook, InvisiBeatz has 4 likes and 4 follows. It is just getting started so it doesn’t have any reviews just yet. We eventually find LegionnaireInc.com which claims to build profitable ecommerce websites. It wouldn’t surprise us if they’re owned by the same individual.

In all likelihood, these ear pods are imported from China via Alibaba or AliExpress. Since there are so many options, it is tough to pinpoint the exact product they’re purchasing on Alibaba. Nevertheless, all of them are significantly cheaper than what you’re going to pay on either website. The “New Hot Sales High Quality Black Wireless Earphones I500 Top Control TWS Earbuds” are less than $15. As for the “Earphone Headphones Matte Black Pods”, you can buy them for $9.08.

The quality is likely going to be the exact same that you can expect from the Jive Mini Pods and the InvisiBeatz. 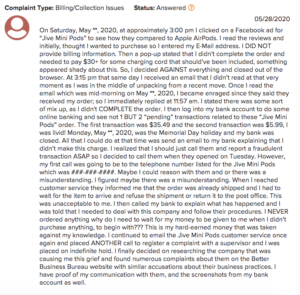 On the BBB website, we can find several complaints regarding Jive Mini Pods. One complaint is about the online retailer EcomTxn which claims to be based out of New York, NY. It obviously isn’t and maintains an F rating with the BBB. On 5/28/2020, a customer complained about clicking on a Facebook ad and purchasing Jive Mini Pods on EcomTxn’s website. The other BBB complaints were made against JiveMiniPods.network.

This individual is using the address 3 Germany Dr. Suite 5 #27941 and the phone number (877) 637-4514. The address is a mail forwarding location meaning it is likely a fake website. Furthermore, it has 52 complaints in the past 3 months but somehow maintains a C rating on BBB.

Most of the complaints say the customer purchased something and never received it. Another says Jives Mini Pods forced them to pay for return shipping when they tried to return faulty products. The company seems to have received a refund after haggling with the company for far too long.

There are too many scams linked to ear pods. It would be best to stick with known brands. That is really difficult to do when Amazon’s sponsored products are earbuds coming right from Alibaba. Personally, we wouldn’t buy anything from any company we’ve never heard of. This includes Purity, ZBC, Letscom, BEBEN, Holiper, or any of the other unknown brands selling identical products on Amazon.

If you can’t buy the Apple Wireless Earbuds, so we with the Apple EarPods with the Lightning Connector. At the very least, you’ll know what you’re getting and you’ll be protected by Apple’s excellent customer service.