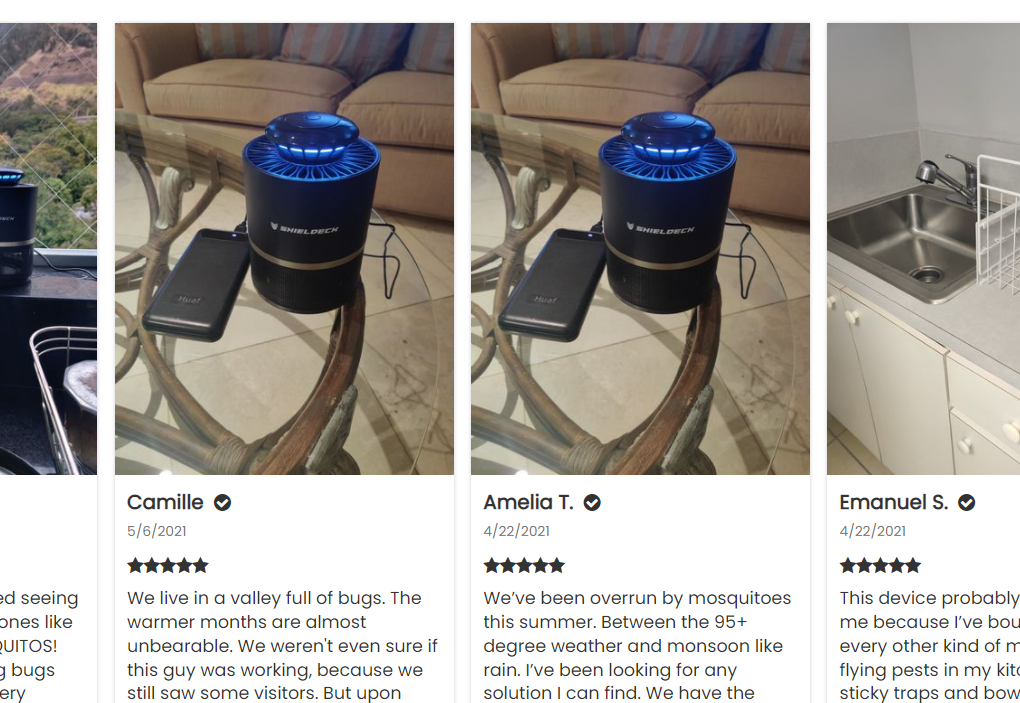 Mosquitoes can be annoying and dangerous. They can spread serious illnesses and put the lives of your loved ones in jeopardy. Suffice to say, most consumers would do anything to protect the ones they love. The Shieldeck Glow Trap is being marketed as the “smartest way to kill pest”. Is it a worthwhile gadget or another cheap product that should be avoided?

Before adding this product to your cart, be sure to read the guide below. 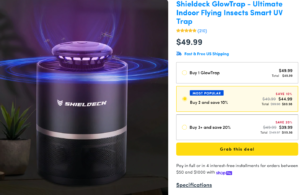 What Is The Shieldeck Glow Trap?

The Shieldeck GlowTrap is a small product supposedly designed to eliminate mosquitoes and other flying insects. The official website, Shieldeck.com, has many bold claims. For instance, it claims it can protect indoor areas of 250 square feet. It can supposedly attract and eliminate flying pests while preventing the spread of harmful diseases.

It claims to use ultraviolet light and carbon dioxide to kill flying pests. Finally, the website claims it provides an eco-friendly, non-toxic way to kill flies, gnats, moths, mosquitoes, and other flying pests. Consumers must understand that claims on websites are not always legitimate. 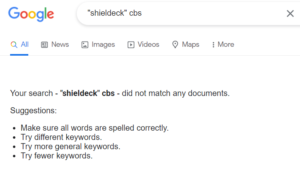 Many similar products have websites claiming they’ve been featured on NBC, CBS, StarTribune, ABC, Fox News, and other sites. By using Google, we can quickly confirm that the Shieldeck has never been featured on any of these outlets. The site operator may eventually purchase a press release for the product. When that happens, an article written by the operator of Shieldeck will be published across hundreds of websites.

Since it is a paid advertisement, the information in the press release should be taken with a grain of salt. At this time, the site’s owner hasn’t. Regardless, Shieldeck has never been featured on CBS, NBC, or any of the aforementioned news outlets. 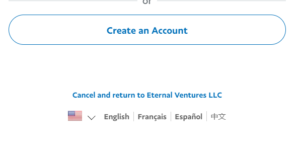 Shieldeck is allegedly owned and operated by Eternal Ventures LLC which has started the process of trademarking the Shieldeck name. The new application was filed on 07/12/2021 although it has not been assigned to an examiner. The same name is being used to market several other products and services including those mentioned below.

Advance Your Reach is supposedly operated by Peter Vargas. As for The Not So Perfect Plan, the website and podcast seem to involve Peter and his wife Kim Vargas. Inside The Greenroom is another podcast run by Pete Vargas III who calls himself the Stage Whisperer because his technique can allegedly increase the number of stages the buyer speaks on.

The BBB page for Advance Your Reach shows the firm has a C+ rating and a complaint from a disabled individual. The complaint was filed on 9/14/2021 and has yet to be answered. The complainant paid $14,976 which is a substantial amount of money.

Consumers should be careful when buying into these “coaching classes” or seminars because they usually do not get their money’s worth. Nevertheless, there are two Eternal Ventures LLC. One is based in Sunny Isles Beach, Florida.

There are two Eternal Ventures LLCs with another being registered in Sunny Isles Beach, Florida. It is essential to understand that these two registered entities may or may not be linked. There is no evidence confirming it one way or another. According to trademark filings, both Eternal Ventures LLCs have submitted applications. However, the Sunny Isle Beach address is only linked to the Shieldeck trademark.

When looking at the submitted application, we see that it was signed by CEO Samuel Hanono and eternalventuresllc@gmail.com is used as the primary address. The provided phone number is 424-327-5057. 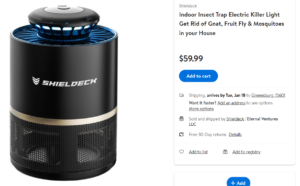 The address PO Box 64112 Colorado Springs, Colorado is linked to several similar websites including Elite Speaker Network which is created by Advance Your Reach. The address is also used by The Not So Perfect Plan, Matters Of Perspective, The Story Braid, and others.

Now that Eternal Ventures LLC has gotten tired of reaching the stage, it has turned its attention to a new venture, the Shieldeck Glow Trap. The contact us page says the phone number is (866) 806-7525 while the address is 16711 Collins Avenue Sunny Isles Beach, Florida 33160. The bottom of the page says Eternal Ventures.

The phone number is only linked to Shieldeck at the moment. As for the 16711 Collins Avenue address, it points to the Sands Pointe Condominium Association and Vex Digital Media Management. It is likely a throwaway address unless the Vargas couple purchased a condo at the complex.

Solargamma.com is a Shopify page that has not been fully set up just yet. A Facebook page for SolarGamma.com shows that it is supposedly an e-commerce website in Spain. Another email address is found, solargammagroup@gmail.com. Nothing is found on Google for that address.

The phone number (424) 327-5057 leads back to Shieldeck.com. On Solar Gamma’s Instagram page, it claims to be located in Miami, Florida and encourages people to buy from its online Shopify page. Since the Shopify page is gone, it is unknown what was being sold on the website, but there is a good chance it was Alibaba products.

The page also has the address 1812 N Columbia Boulevard Portland, Oregon. Surprisingly, that address has been linked to other scams. On Yelp, a John D. claims someone hacked his PayPal account and used this address to order more than $180 in items from Dick’s Sporting Goods.

Others say the address is an eBay scam. A hidden review on Yelp claims YWTech Connect is at the address and helping deal with a popup virus scam. More about this will be provided in a second below.

On the Shieldeck website, it has several reviews from customers. The reviews are excellent, but they’re also blatantly fake. You only need to visit the Loox.io page to see the same reviews. Some of the pictures are used multiple times despite the reviews having different names and different reviews.

Furthermore, consumers must check the return policy. If you buy this product and hate it, you will be responsible for the return shipping costs. You’re already out $50 and combine that with $10 or more to return it. Unfortunately, this is a common tactic used by such websites because it is easier and often cheaper to keep the product and take the loss.

Unfortunately, Shieldeck’s Bug Zapper is no different than the hundreds of bug zappers on Alibaba. The primary difference is that Shieldeck’s product is $50 more unless you buy two or three. You can buy the same exact bug zapper on Alibaba for a couple of dollars.

Shieldeck has already reviewed one negative review. Furthermore, it is buying ads on Bing and elsewhere so consumers should be aware!

As mentioned above, there is evidence that the Shieldeck reviews on its website are fake. Some of the same pictures are used for multiple reviews on Loox.io. In all likelihood, a legitimate reviewer would provide his or her own picture. Otherwise, they wouldn’t use a picture at all. The reviews were mainly created on several days, including 5/6/2021 and 4/22/2021. At least 10 reviews were posted on 5/6/2021 which is unlikely.

Loox.io is regularly used for the purpose of displaying manufactured reviews on an e-commerce website. It is also odd that the pictures used for the trademark application are the same as those from the supposed reviews.

According to Eternal Ventures LLC’s trademark filing, its CEO is Samuel Hanono. A LinkedIn profile for that name shows someone calling themselves the co-founder of Eternal Sourcing which supposedly helps businesses and individuals import products from China. This would make sense because the Shieldeck bug zapper was likely imported from China via Alibaba. Eternal Sourcing also leads to Eternal Broker which uses the same website.

As for eternalsourcing.com, the website is no longer available. However, LinkedIn pages tell the story of Eternal Sourcing. On the site’s LinkedIn page, we see that Eternal Sourcing has two employees, Edmundo Hanono and Samuel Hanono with both being labeled co-founders. It was allegedly founded in 2019 and based out of Shenzhen, Guangdong, China.

When translating the About Us information, we learn the duo offered a service to help businesses import products from suppliers on Alibaba while charging a service fee of 5 to 10%. The service was likely unsuccessful since the website is no longer available.

TOPSI Group LLC and Eternal Ventures LLC are likely connected. Both are registered to the same Collins Avenue Apartment in Florida. The address used this time is 16711 Collins Avenue APT 2206 North Miami Branch, Florida. Nevertheless, it directs to the same apartment complex as the Sunny Isles address.

For some odd reason, this address was added to Shieldeck’s terms of service page even though it made little sense. Regardless, the address has been used for many prior scams and likely ongoing scams. At one point, it was used by Fontiene which was an online retailer. While the website is gone now, the “company” has a complaint on the BBB website. Fontiene was using the address 1812 N Columbia Blvd Suite C15-246764 Portland, Oregon. As BBB points out, this is a warehouse and not a physical store.

Instead, any products on the website were being shipped from Asia much like Shieldeck. Furthermore, consumers reported they did not receive the items they purchased on Fontiene’s website. The same address has been used by several other websites and “companies” including YWTECH Connect, Honest Crate, Spene Tech, Doctor 4 Paws, and more.

Doctor4Paws once sold dog tear stain remover and other pet products, but it no longer does. As for Spene Tech, the site is selling a multipurpose disinfection tablet. Its contact email address is spenetech@vendor2u.com. Any replacement items will have to be sent to an address in Malaysia.

The address was linked to Honest Crate too. The website was regularly accused of scamming consumers while selling N95 masks and other items. Other sites using the Columbia Boulevard address can be found below.

It would typically be a good idea to stay away from sites using that address.

With so many red flags, it is impossible to recommend Shieldeck Glow Trap. The site was linked to SolarGamma.com which was likely a former scam that was removed when it was busted. Furthermore, the Shieldeck bug zapper is nearly identical to those on Alibaba so they’re likely the same. If you need a bug zapper this spring, it is best to buy one in person from your local Walmart or Target.

At the very least, you can take it back to the store without having to pay for return shipping. Since it is using a USB cord as a power source, you can pretty much guess that this product isn’t going to do much. Buy this at your own risk.

The Eternal Ventures LLC in Colorado seems to be separate from the one in Florida although extreme caution should be taken when dealing with either.