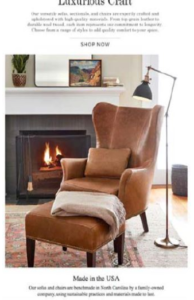 According to an FTC press release, Williams-Sonoma made false claims about the origin of its products. The company allegedly claimed through promotional materials and paid advertisements, many of its products – Goldtouch, Pottery Barn Kids, Rejuvenation-branded, and Pottery Barn Teen – were manufactured in the United States.

In order for companies to legally say their products are manufactured in the United States, the final “significant processing,” assembly, and all or most of the product’s components must be sourced or made in the U.S. 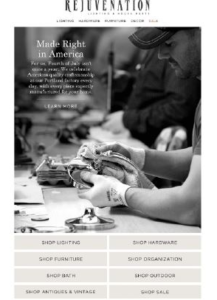 Williams-Sonoma allegedly claimed its Pottery Barn Teen mattress pads were made in the United States from a mixture of imported and local materials. The deception was discovered by some of the customers.

When the issue was raised, the company agreed to change the county-of-origin of its organic mattress pads. While it complied with this agreement, other misleading claims were brought to the FTC’s attention. These allegations are associated with the most recent FTC charges.

Williams-Sonoma has agreed to pay the FTC $1 million to resolve the false Made In USA claims.

Nearly all American-based companies rely on foreign countries for the production of their products. The companies claim it is all about keeping prices competitive. Unfortunately, this is not always the case. In all actuality, it’s more about big profits and little about consumer savings.

It is very deceptive to make these allegations, as it drives up the prices for no apparent reason.

According to the FTC report, Williams-Sonoma got off with a written and verbal warning but this was enough to deter further deception. The mere fact the company did not take its customers into consideration when it decided to utilize misleading product-origin information in paid advertisements, says a lot. Will we ever be able to trust what the company says about its products in the future?

The victims of these false claims received lower-quality Williams-Sonoma products for the same price as if they were made in the U.S. Shame on Williams-Sonoma for misleading and overcharging consumers.

Hopefully, the FTC will keep this in mind when they get their grubby little hands on the $1 million. Do not hold your breath because it will most likely never happen.